Tibet at 6th Geneva Summit for Human Rights and Democracy

This year's event worked to build on the success and momentum of the previous gatherings, which have been widely acclaimed in the international human rights community. One of the highlights of this year’s meet is the conferring of Geneva Summit courage award to Chen Guangcheng, escaped Chinese dissident.

Member of Tibetan Parliament in exile Dhardon Sharling was one of the key speakers for the summit. Dhardon spoke on the topic ‘Women’s Rights, Human Dignity and Equality.’ She explained that the human rights situation in Tibet is marked by deterioration of rights protection and an intensification of crackdowns. She stressed on how the economic, educational, linguistic, environmental and migratory policies implemented by Chinese Government appear to have a common goal- to threaten the Tibetan identity and its dissolution within the Chinese population. She said that the status of women in Tibet mirrors China's lack of commitment to internationally-recognized standards and UN conventions of women's human rights: such as the reproductive rights, right to education, right to be free from discrimination, coercion and violence.

Using the international platform, a gathering of over 300 people, Dhardon made three recommendations pointed towards the international community, particularly the UN member states to strengthen public engagement with China on the issue of Tibet and ensure so that they will address the legitimate grievances of the Tibetan people inside Tibet.

The recommendations are:
1) Ensure that China is adherent of its international commitments and constitutional affirmations.
2) Make China fit to sit on the Human Rights Council following its reelection in October last year.
3) Use of follow-up mechanisms during the upcoming 25th UNHRC to follow up on Tibet related recommendations from the

last UPR during which China was reviewed. A specific request was made to press China to agree dates for a visit to Tibet by UN Chief Navi Pillay before the end of her second term in September this year.

The Geneva Summit is sponsored by UN Watch, a coalition of 20 human rights NGOs from around the world including Tibetan Women’s Organization of Switzerland. 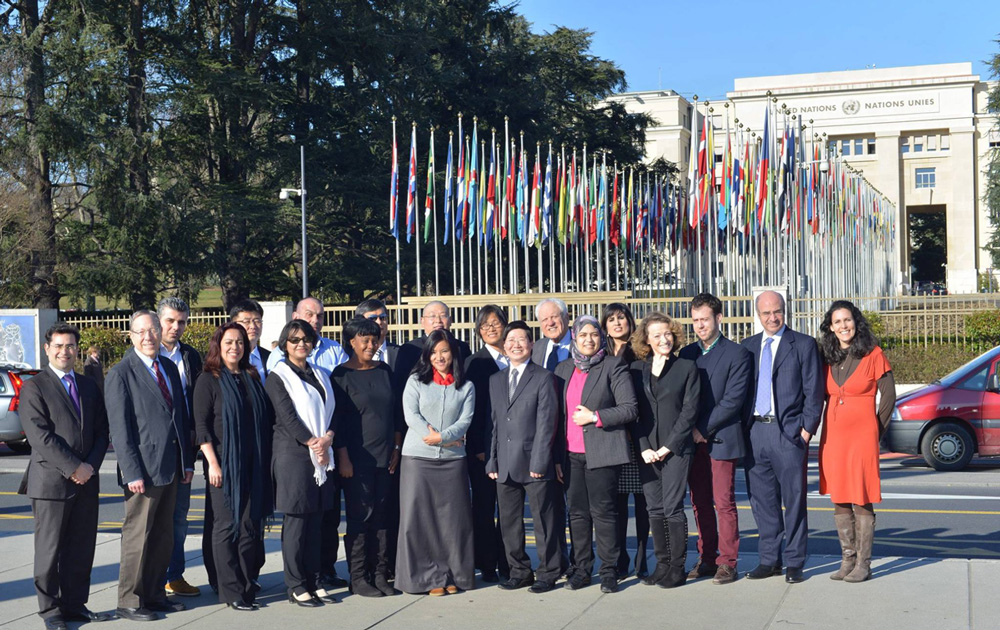