Third directly elected Kalon Tripa, Dr. Lobsang Sangay (L), takes oath of office and secrecy before the Chief JusticeCommissioner of the Central Tibetan Administration, Mr Ngawang Phelgyal, (R) at the swearing-in ceremonyat Tsuglagkhang, the main temple, in Dharamsala, on 8 August 2011/Photo by Namgyal TsewangMy fellow Tibetans:Today on this auspicious day when Guru Rinpoche, the great Indian yogi who spreadBuddhism in Tibet, was born, and in the presence of His Holiness the Dalai Lama, our mostrevered leader, I accept, with deep humility, the post of the Kalon Tripa.We invoke the spirit and call on the Gods and Goddesses of Tibet to watch over and guideus. My profound gratitude goes out to the overwhelming support of brave men and women inexile, and the enduring solidarity and support of our brave brothers and sisters in occupied Tibet.We are motivated by their support and sustained by their prayers.Blessed spiritually by His Holiness the Dalai Lama and authorized 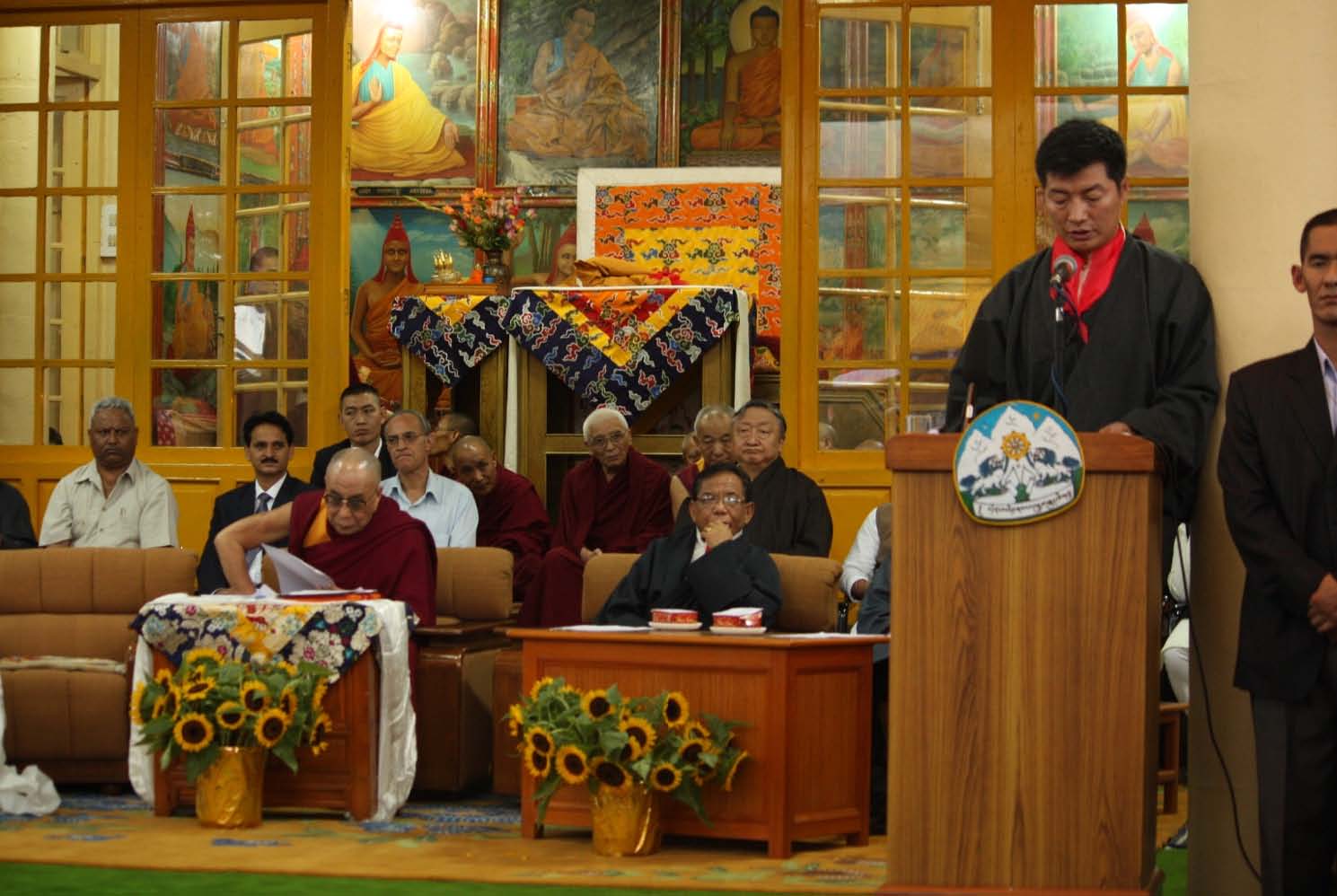 politically to continue theextended historical legitimacy of the great institution of His Holiness the Dalai Lama, I am here2 / 2not as a result of my personal achievement but as a result of the hard work and sacrifices madeby elder generations in Tibet and in exile. Today, I pledge to carry on and build upon this greatlegacy of our elders. I pledge to you, my fellow Tibetans, to strengthen and sustain ourmovement until freedom is restored in Tibet, and His Holiness the Dalai Lama returns to ourhomeland.Over one century ago, in 1910, His Holiness the 13th Dalai Lama, took one last glance atthe Potala Palace before leaving his homeland and promised to his people: “I shall return.” Ourancestors at the time did not have modern education and sophistication, but with dedication andunity they work tirelessly to make the return of His Holiness the 13th Dalai Lama possible. HisHoliness returned to Lhasa in early 1913 and reaffirmed Tibet’s independence from China.Almost half a century later, the same pledge to return was poignantly repeated by HisHoliness the 14th Dalai Lama as he departed Lhasa on the fateful night of March, 17, 1959.Today, the responsibility to help ensure the return of His Holiness is with our generation ofTibetans who have modern education and sophistication. But do we have dedication, unity andcommitment to make tireless effort like our ancestors? If we do, we will prevail. If we don't, wefail.No doubt, our task is of Himalayan proportion. But we take inspiration from thousands ofother brave Tibetans who, throughout our history, have given up their lives and devoted theirhearts to Tibet. We have been tragically separated by force, not by choice, and, we will reach themountaintop of freedom to reunite Tibetans on both sides of Himalayas.I promise to work to fulfill the vision of His Holiness the 14th Dalai Lama to create a trulysecular democratic society. This year's dynamic Tibetan election demonstrated to the world ourcommitment to genuine 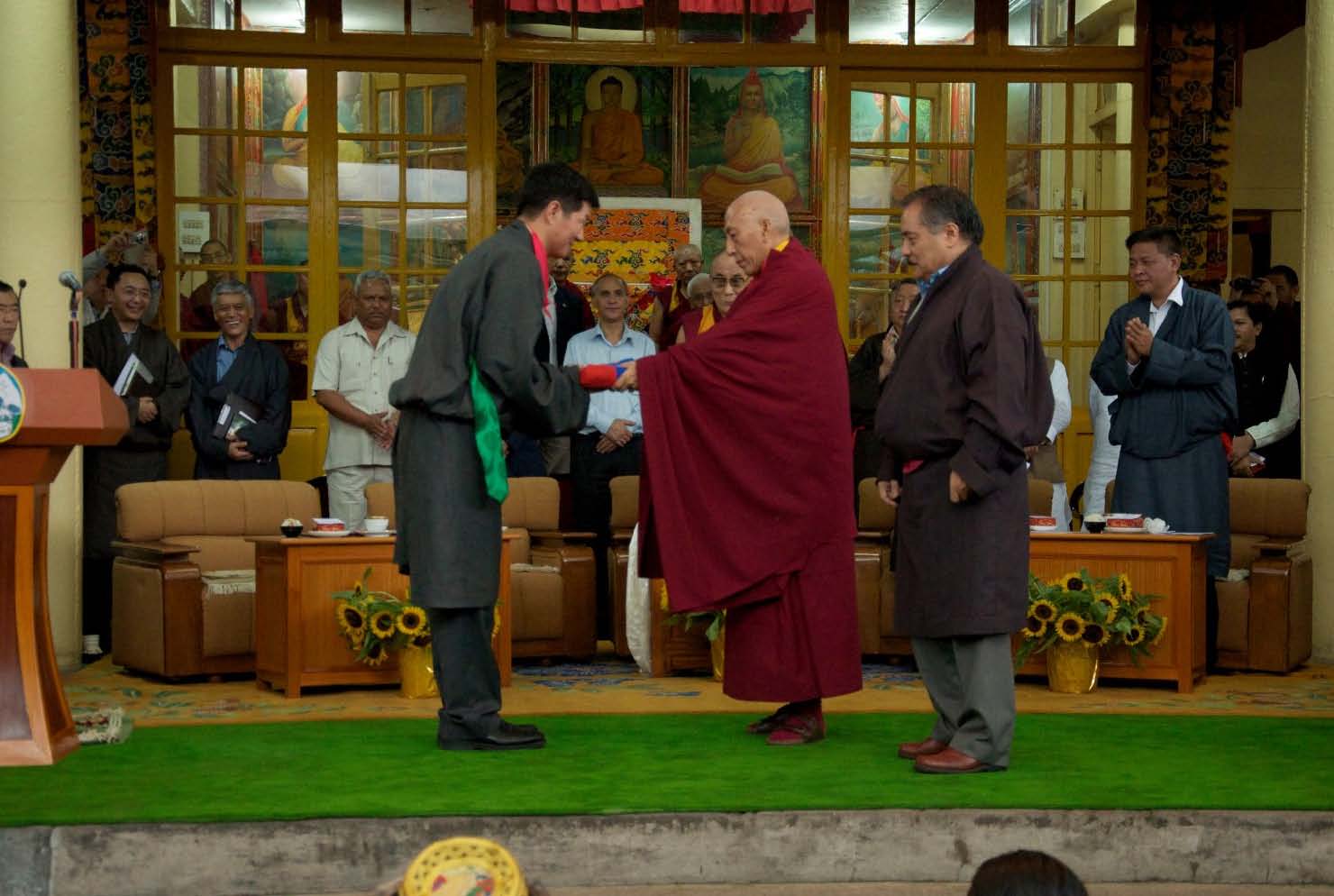