Three more Tibetans have died after setting themselves on fire in north-eastern Tibet in the last two days, taking the total self-immolations to 85 out of which 22 took place in November alone.

Sangay Dolma, a 17-year-old nun, set herself on fire on Sunday night at Bharkor village, Dokarmo township in Tsekhog in Malho. She died on the spot. Local Tibetans cremated her body on Monday morning.

Sangay Dolma is survived by her two parents.
In another incident, 18-year-old Kunchok Tsering died after setting fire to himself at the entrance of mining field in Achok town in Labrang in north-eastern Tibet on Monday. 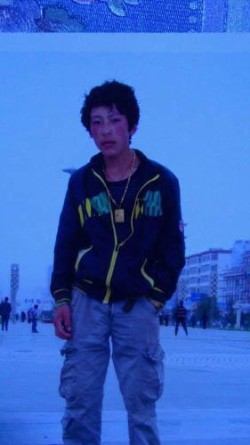 Kunchok Tsering is survived by his parents. Local residents have been visiting his home to pay their condolences.
In yet another incident, Gonpo Tsering, a 24-year-old father of three, set fire to himself in front of the prayer hall of Ala Dheu Monastery at Luchu in Kanlho in north-eastern Tibet on Monday. He raised slogans calling for freedom and human rights in Tibet, and the return of His Holiness the Dalai Lama to Tibet.  He died on the spot. Local

Tibetans from the neighbouring villages gathered in huge numbers to offer their prayers and condolences to Gonpo Tsering. There is a heavy presence of security forces in the region following the incident.

Despite repeated appeal by the Central Tibetan Administration not to take drastic actions, 85 Tibetans have self-immolated in Tibet in protest against the Chinese government’s repressive rule.