The Tibetan parliament in exile - Europe 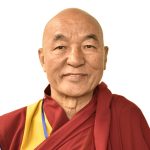 The Ven. Thupten Wangchen was born in 1954 in Tibet, in the village of Kirong (happy valley, in Tibetan) through the auspices of H.H the Dalai Lama and the Indian government assistance, could enter a school for Tibetan refugees in Dalhousie. 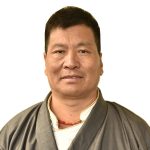 Mr. Thupten Gyatso was born on 1st January 1971. He studied until Pharchin /Master of Prajnaparamita (a degree of Buddhist Philosophy) at Mugye Monastery in Tibet.